Kolkata is the third-largest city in India. The city is also known as ‘City of Joy’ and it is famous for its heritage British architect and transport. With our one-day Kolkata tour package, you will not only explore the British architect but also the culture of West Bengal.

This tour starts in the morning at 09:00 AM or we can change as per the guest’s convenience. Indian Travel Waves representative and driver will pick you from your hotel/Airport. Your city tour will start from Howrah Bridge-the third-longest cantilever bridge at the time of its construction and is currently the sixth-longest bridge of its type in the world. Howrah Bridge span over the Hooghly River, also known as Rabindra Setu. The next place to visit is Mother House where Mother Teresa lived and served people.

The Missionaries of Charity founded on October 7, 1950, by Mother Teresa and her team members. One visit attached to the building, a small museum named ‘Mother Teresa’s Life and her message displayed on the board. Then visit Kalighat Kali Temple –the temple dedicated to the Hindu Goddess Kali. Temple attracts a huge number of devotees especially on auspicious occasions of Durga puja but all the time you will find some crowd here.

The Victoria Memorial:  it is one of the beautiful and famous monuments of Kolkata city. Popularly known as a memorial of Queen Victoria now a museum run and maintained by the central government of India.  To visit Victoria Memorial you need an entry ticket that can be purchased from the ticket window. If your time permits and interested in local foods of Kolkata then you can visit the park street/ Food street. Another famous place Fort William: it is situated on the bank of river Hooghly, named for King William III. Evening we will transfer you to your hotel or airport for your stay or onward journey. 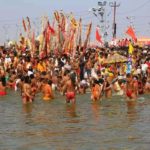