Experience the royal voyage of India with unmatched Luxury Trains of India. Since the arrival of Palace on Wheels in the year 1982, the luxurious rail journey has certainly come a long way. For the promotion of tourism in Rajasthan, Palace on Wheels was launched by the Indian Railways. Since its debut, the luxurious train is immensely popular amongst the travelers. 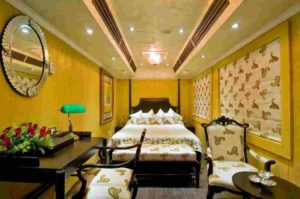 In the year 2009, the luxururious train, Palace on Wheels has been renovated and relaunched having new décor, itinerary and cuisine. The luxurious train idea is based from the royal background of coaches. These royal coaches belong to the rulers of princely states of Rajputana, Gujarat, Nizam of Hyderabad and Viceroy of British India.

Some other famous luxury trains of India are Maharaja Express, Royal Rajasthan on Wheels and The Golden Chariot. Since 2010 Maharaja Express is ruling the hearts of travelers and make the enjoyable and royal trip to Taj Mahal in Agra a remarkable experience. The luxurious voyage will comprise of 3 pan Indian journeys and 2 Golden Triangle Tour itineraries.

Luxury train The Golden Chariot is another popular tourist vehicle as it connects Karnataka and Goa. Karnataka State Tourism Development Corporation operates the train. It has 44 cabins in 11 coaches and named after dynasties such as Kadamba, Hoysala, Rashtrakuta, Ganga, Chalukya, Bahamani, Adil Shahi, Sangama, Satavahana, Yadukula and Vijayanagar. All these luxury trains have all the modern days amenities onboard with satellite TV.

So embark a luxurious voyage of the beautiful and scenic locales of India with your near and dear ones. 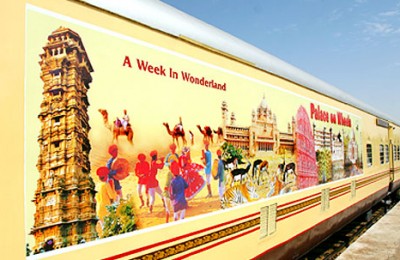